It's been a busy couple of months, but I've now got a bit of a breather, so I decided to blog about some of the weddings I have done recently. This post is about Jess and Phil's wedding.

Jess and Phil married in early June at the gorgeous Wentbridge House Hotel, near Pontefract. Wentbridge House is a Georgian country house in the small village of Wentbridge, West Yorkshire, the oldest parts of which date back to 1700. It has a varied history, about which you can read on their website. The house is set in twenty acres of gardens, in which there is a beautiful pagoda (or garden folly) which is licensed for civil ceremonies. Perfect for a summer wedding, although given the UK weather, a back up plan is always a good idea! 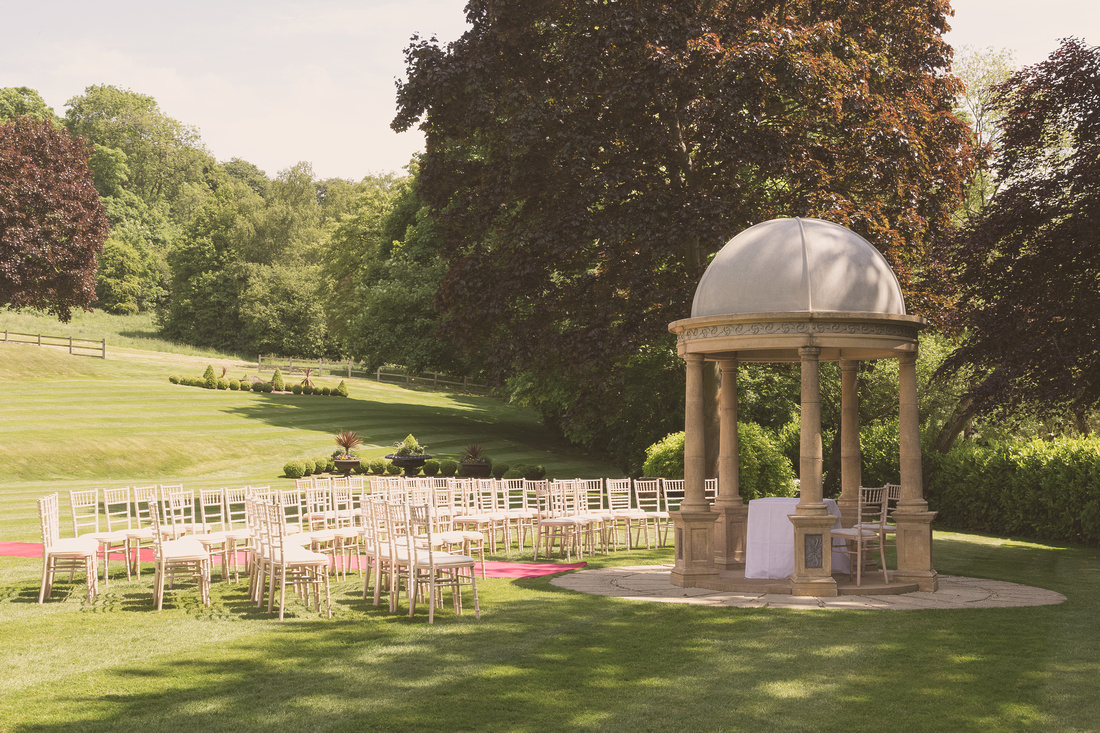 Although I had visited the hotel in advance of the wedding, it was only on the actual wedding day itself that it was decided where the ceremony would be held, so I arrived early to do some test shots and assess the light. Luckily, the weather was gorgeous and so Jess and Phil were luckily enough to have an outdoor ceremony. After shooting some test images, I caught up with the wedding co-ordinator to run through the details of the day, before shooting a few casual shots with the groomsmen. The best man John, however, had to take over parenting duties as his partner Mel, one of the bridesmaids, was struggling to get ready with their young daughter present! All the excitement was getting to her, so John went to take over and I agreed to come back down before the ceremony to get some shots of them all together. 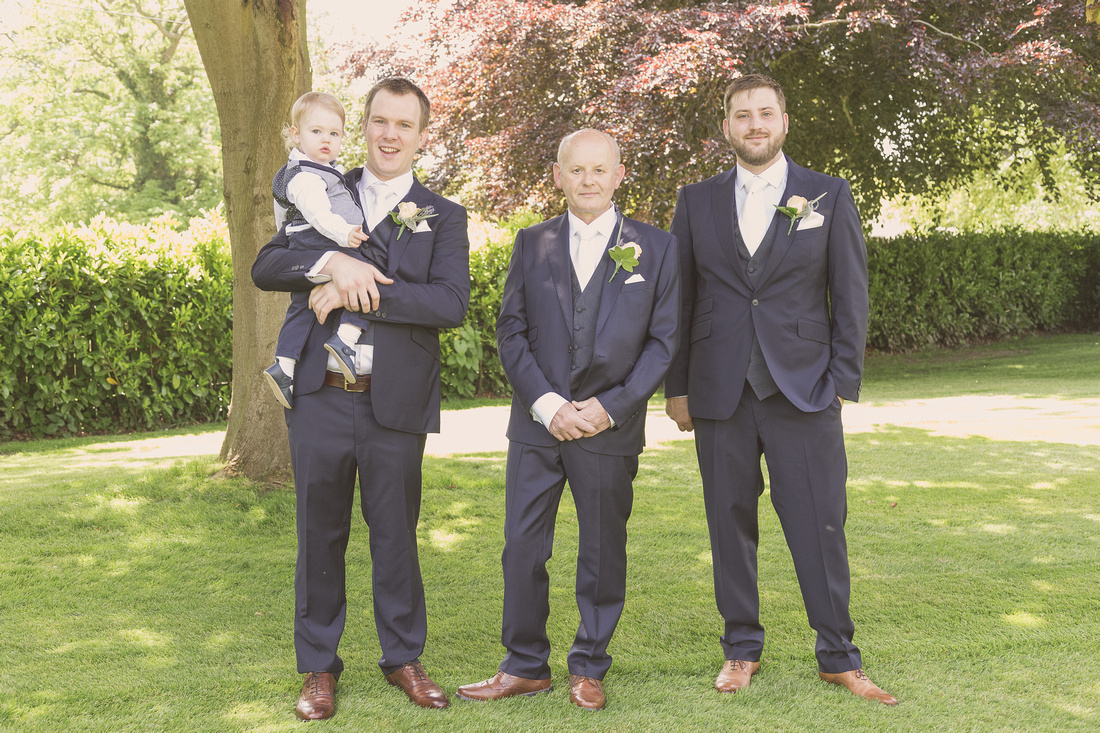 The groomsmen (Minus the best man John!)The groom Phil, his son Edward, father of the bride Martin and the bride's brother Andrew. The best man had gone to take over parenting duties!

I then headed up to Jess' room to photograph her pre-wedding preparations. Jess was one of the calmest brides ever and when I arrived, she was fully made up and in her dress, calmly waiting for their day to begin! Her mum was getting ready with her and her bridesmaid were popping in and out, so I did some candid shots, along with a few posed shots of Jess. 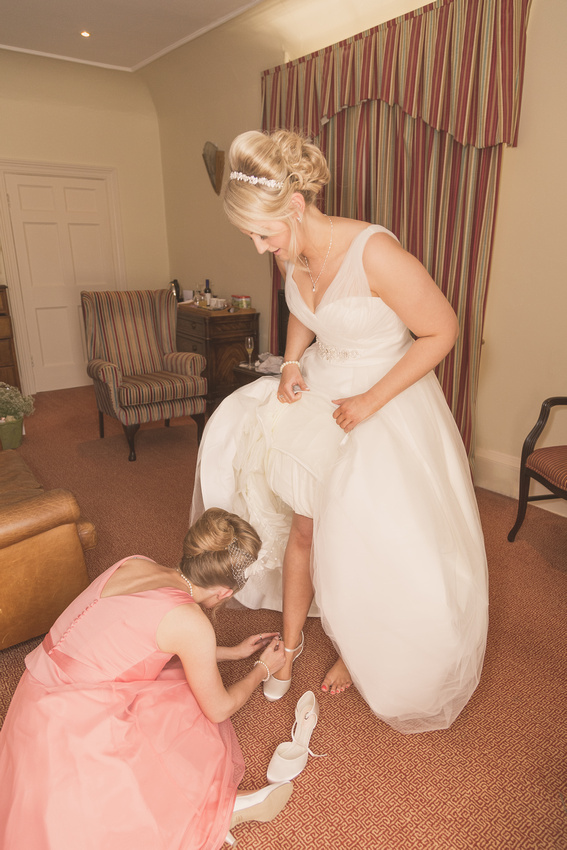 Jess getting ready.Putting on shoes when wearing a wedding gown requires assistance! 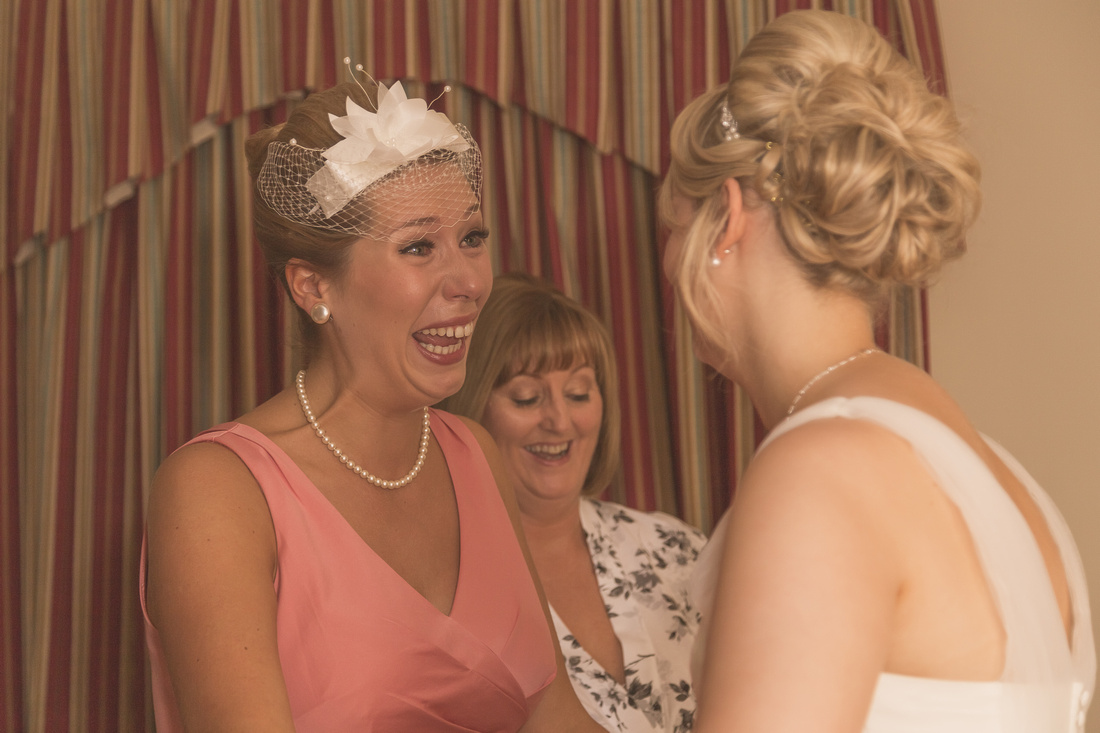 Tears of joyBridemaid Kate getting emotional at the sight of Jess in her wedding gown. 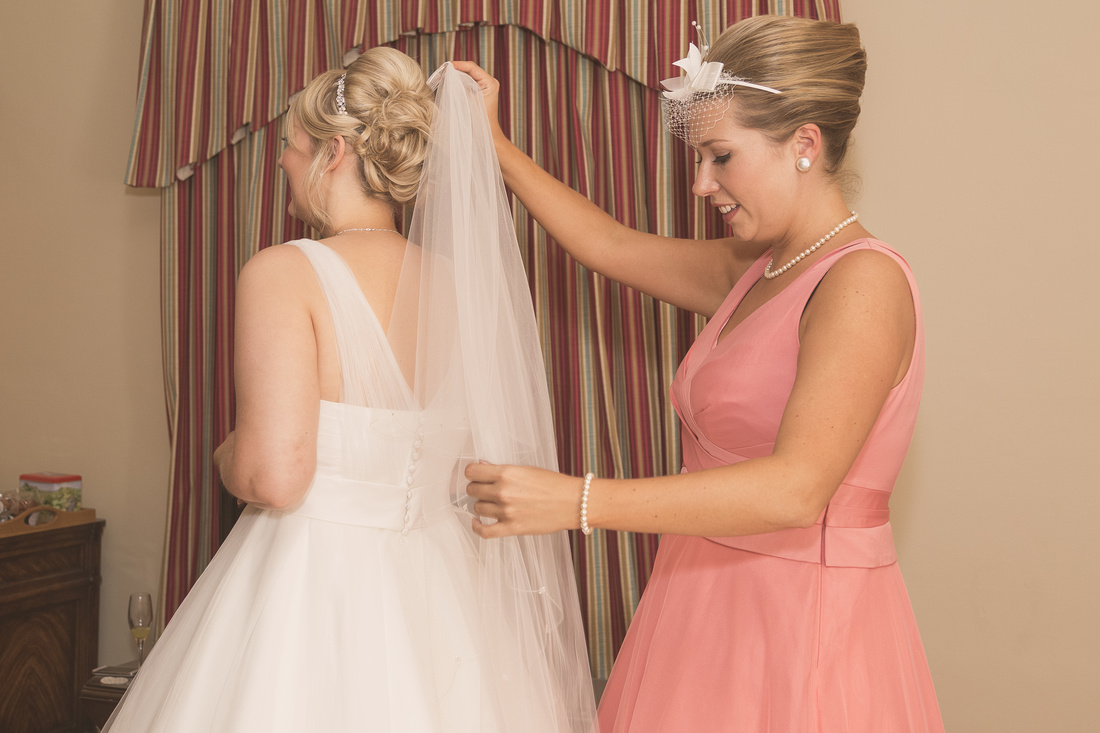 Putting on the veilBridesmaid Kate assisting with Jess' veil. 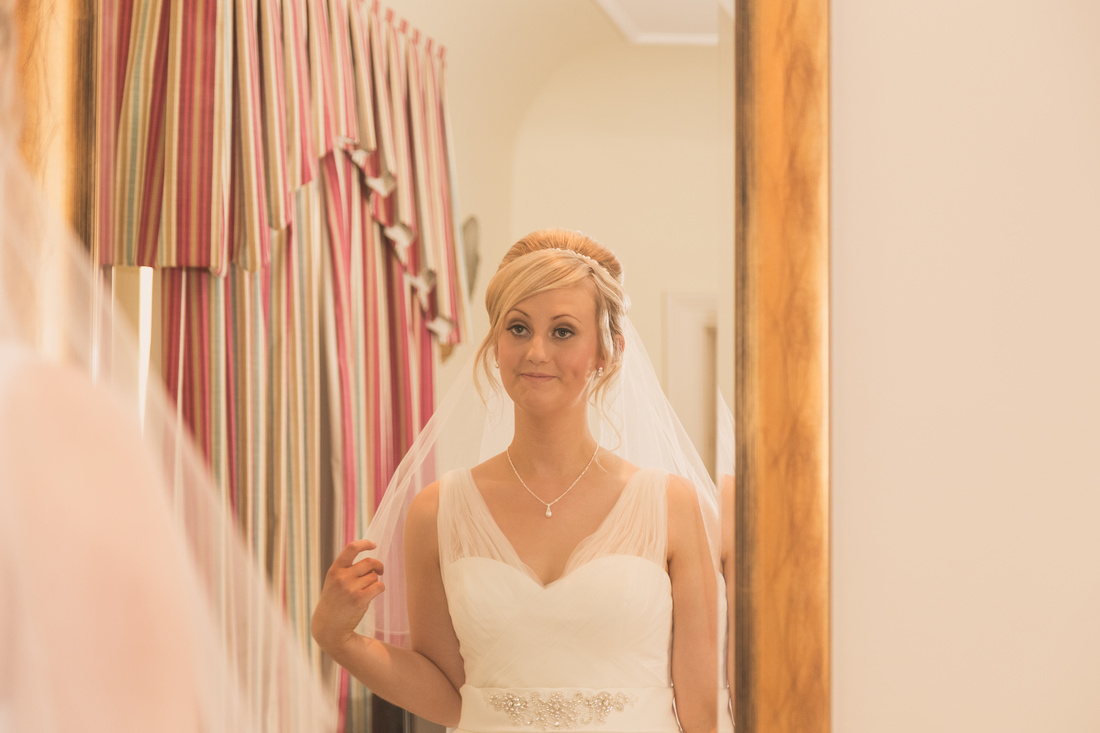 Ready to goJess checking she is ready. 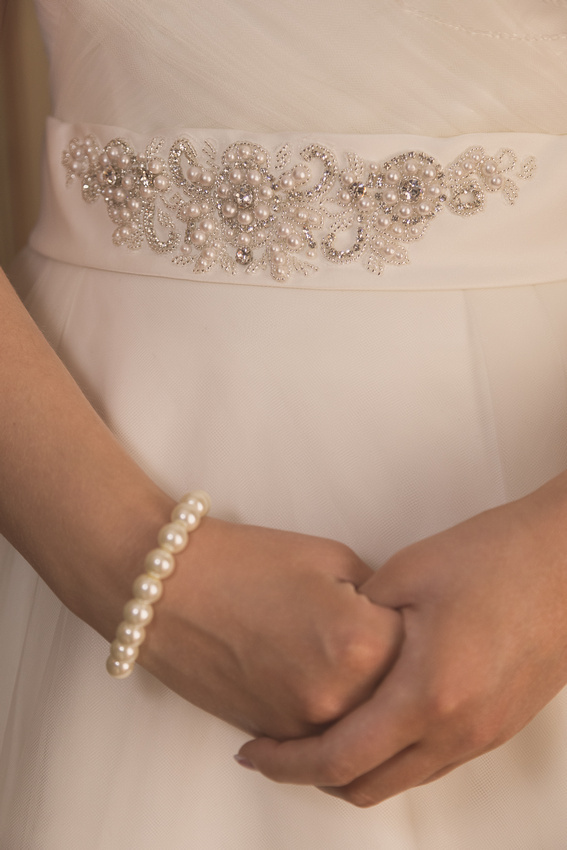 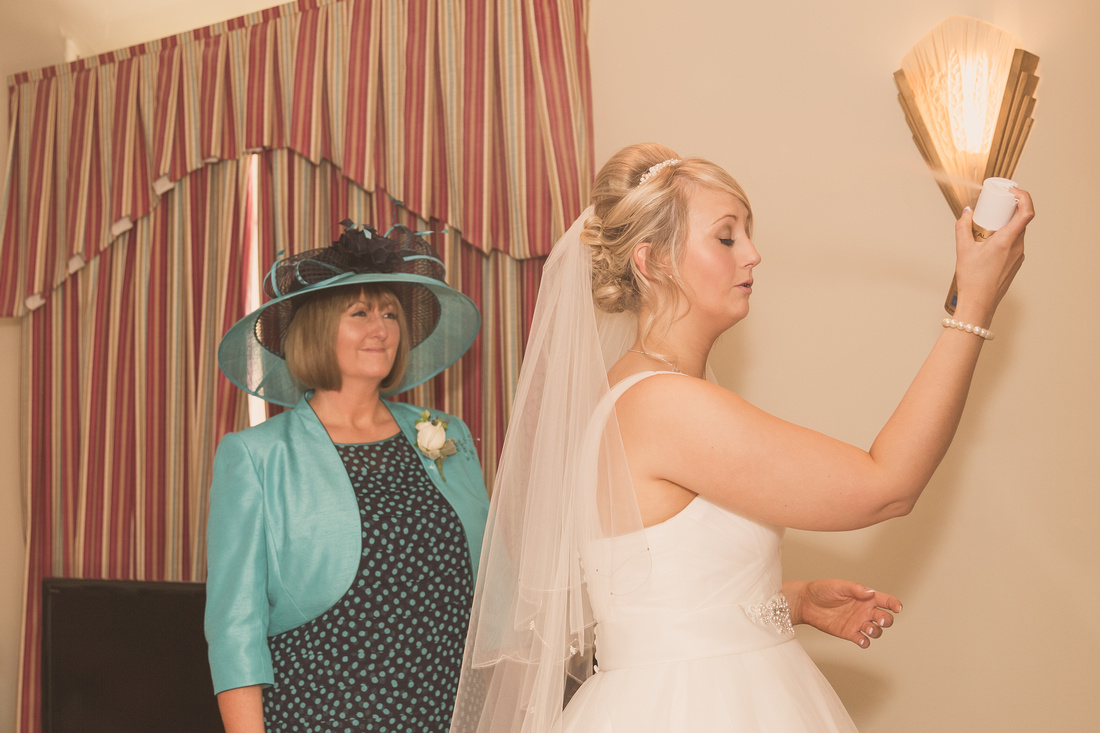 Finishing touchesYou can never have too much hairspray.

I went back downstairs to get the shots of the groomsmen all together as promised, along with some of the guests arriving, before dashing back upstairs to capture shots of Jess and her Dad Martin coming down the stairs and heading outside for the ceremony. 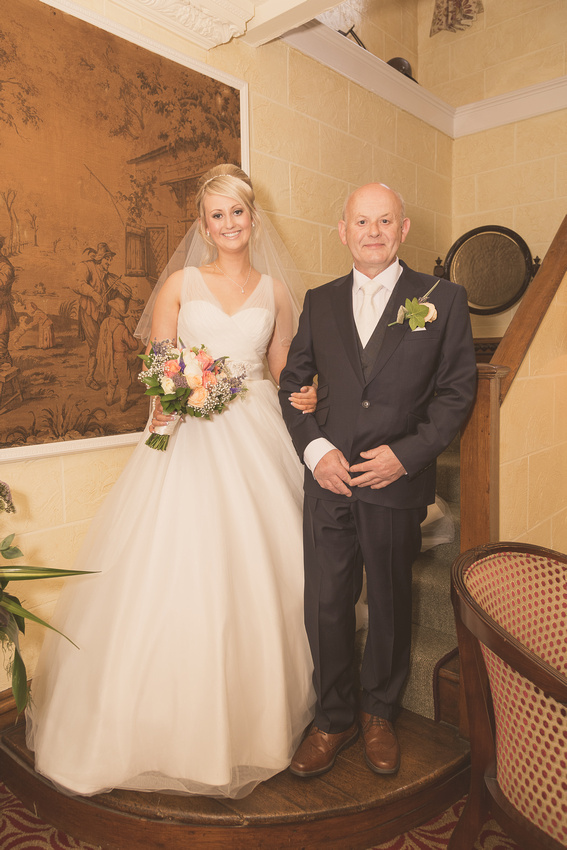 The ceremony was lovely. There were two readings and Jess and Phil exchanged vows under the pagoda, before being pronounced husband and wife. 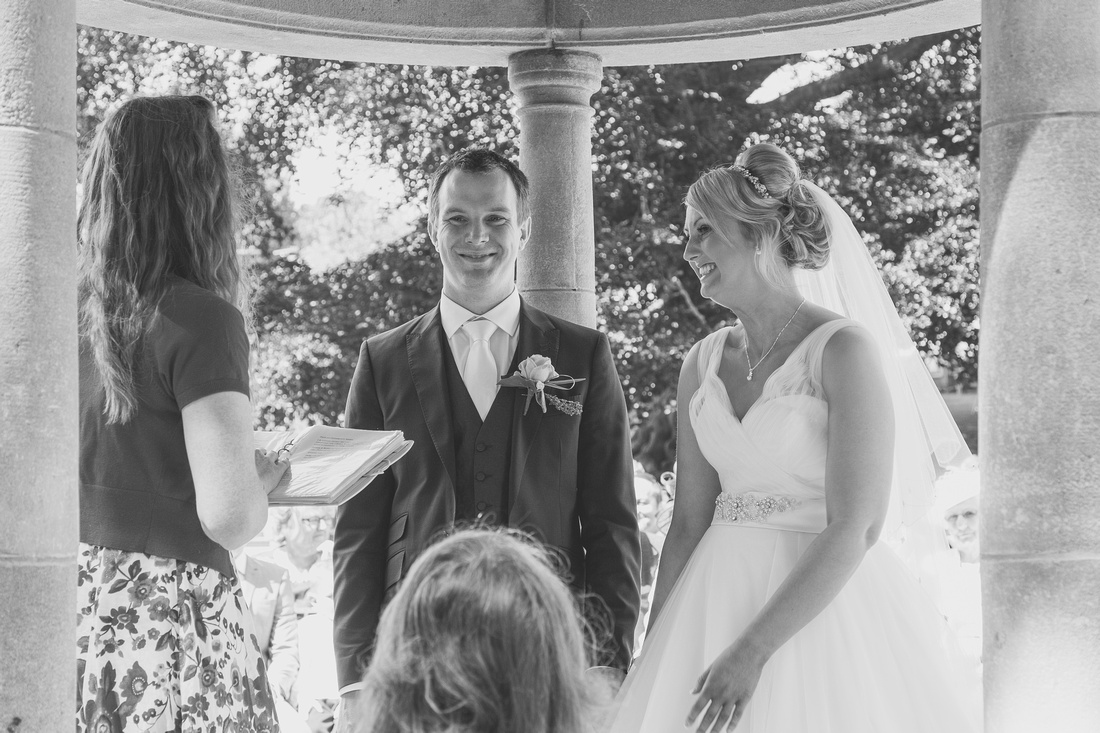 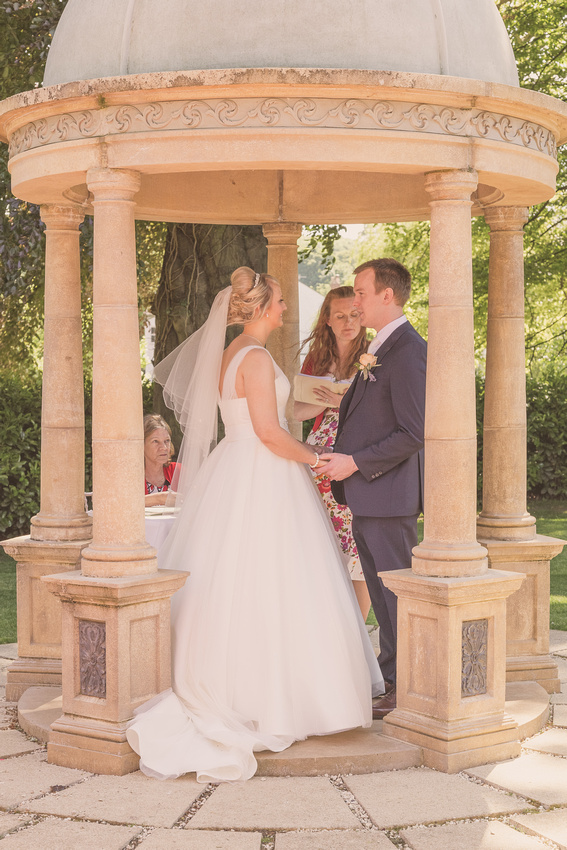 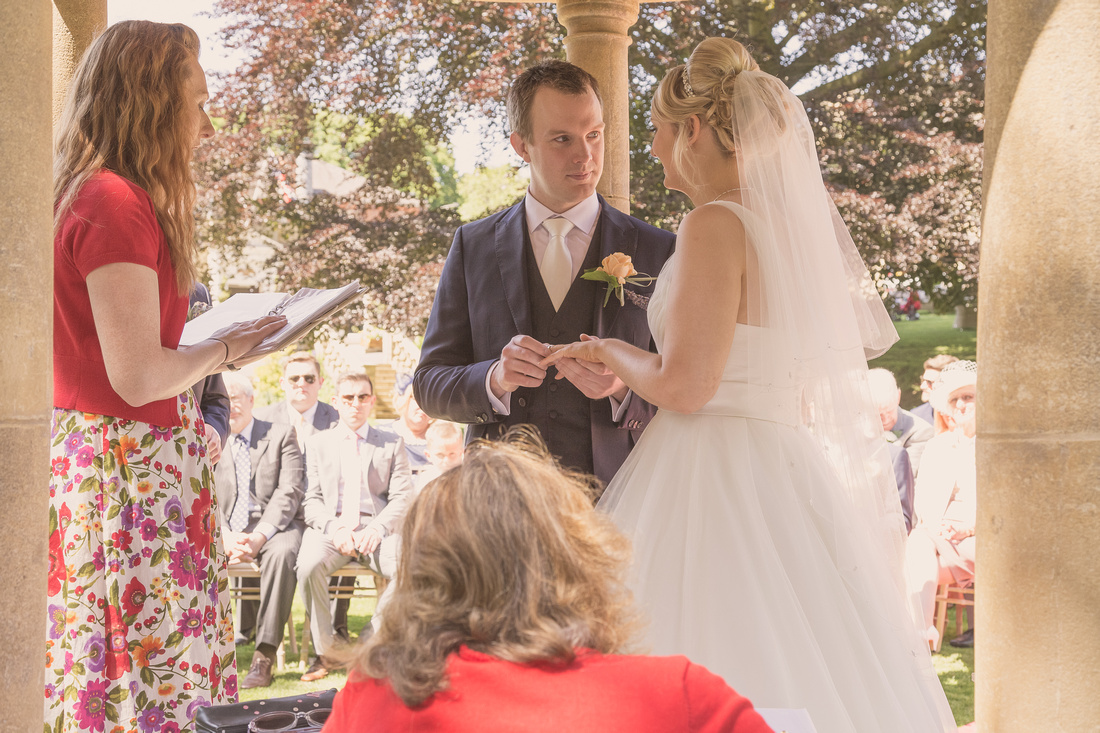 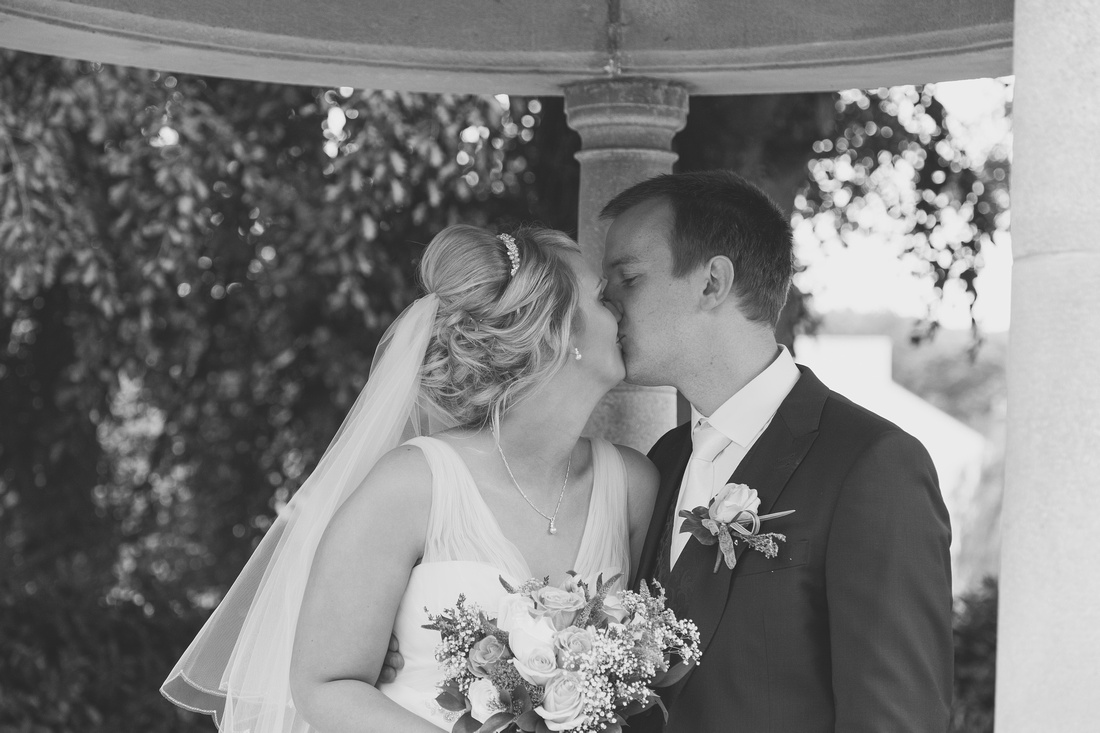 Jess and Phil's ceremonyMarried under the pagoda. 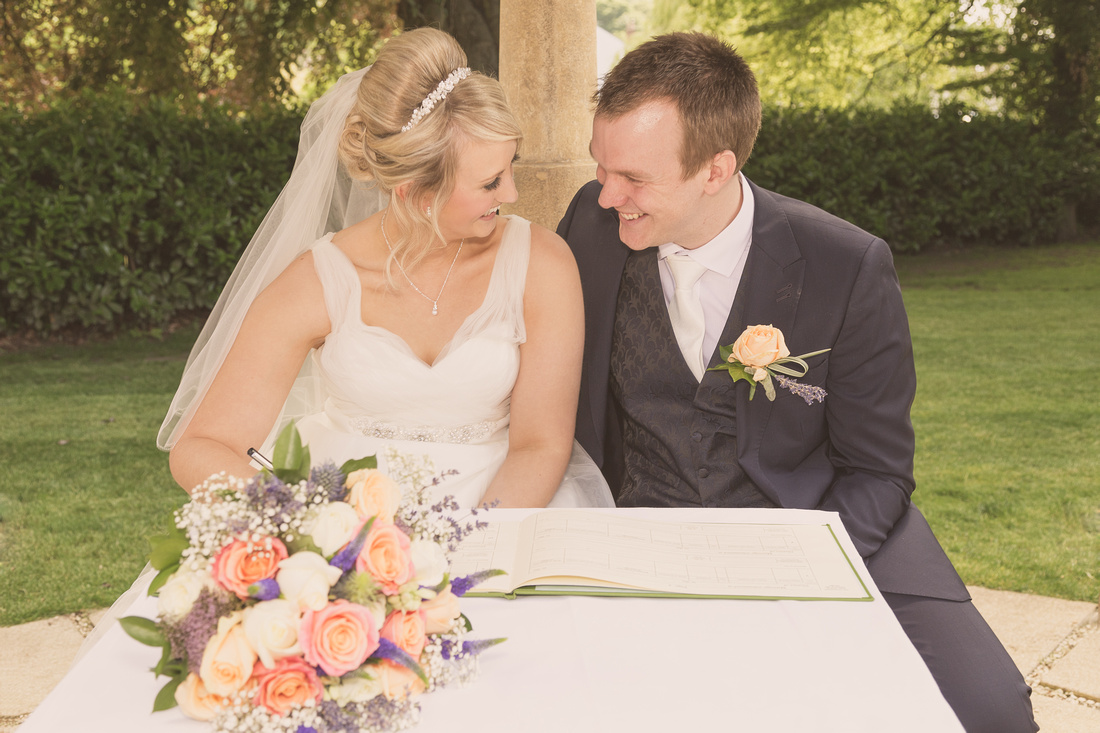 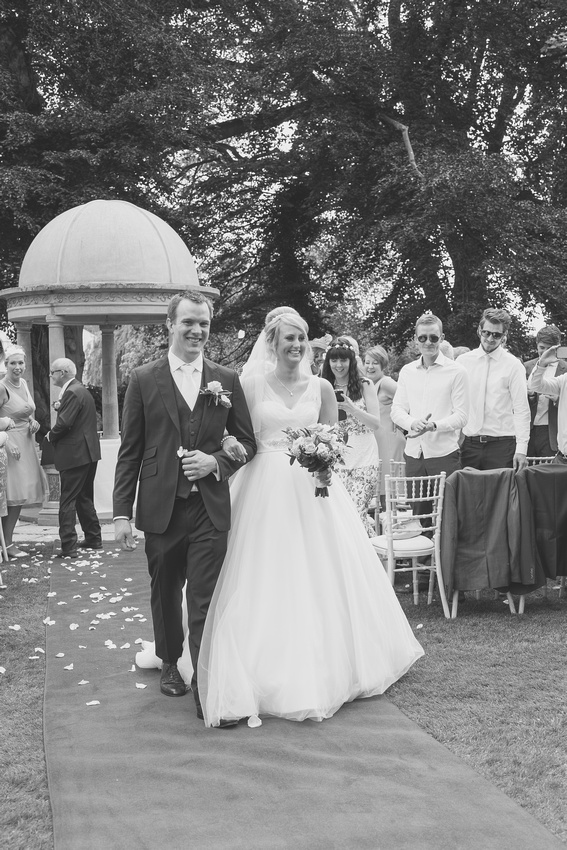 Married!Walking down the isle as husband and wife. 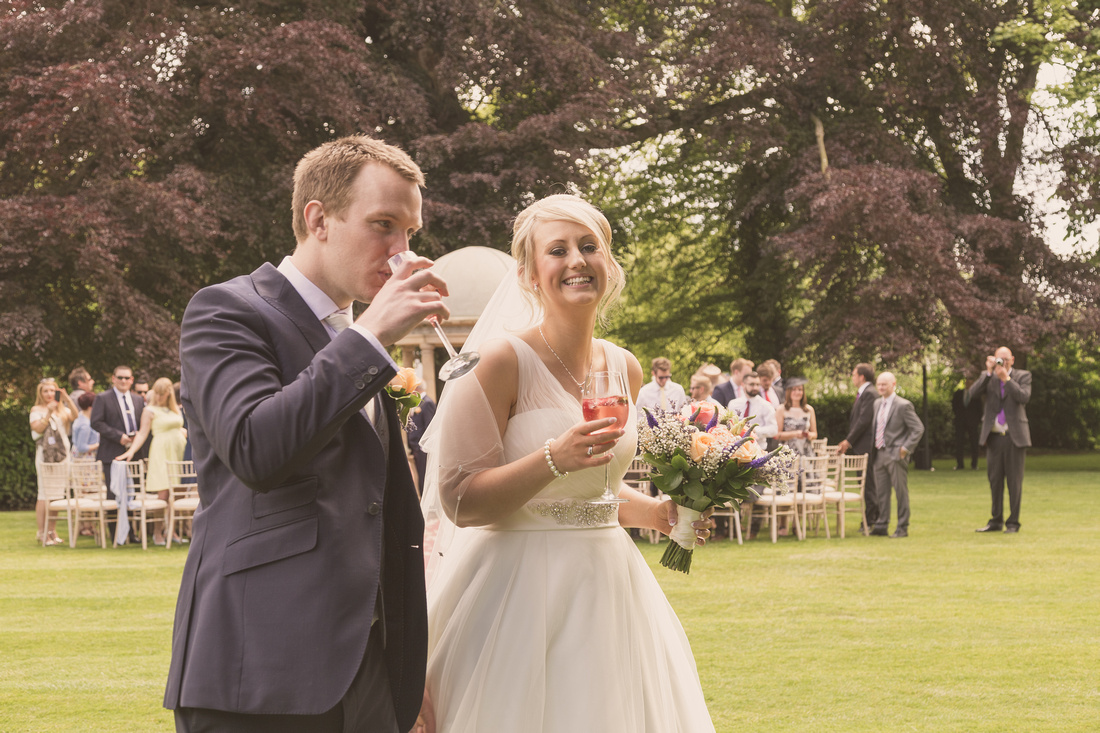 They and their guests then enjoyed a drinks reception on the lawn, when they had some time to relax and be congratulated by their loved ones. We then spent some time shooting the family and group photographs, before taking a walk around the grounds to shoot some images of the two of them, whilst their guests enjoyed the sunshine on the lawn. 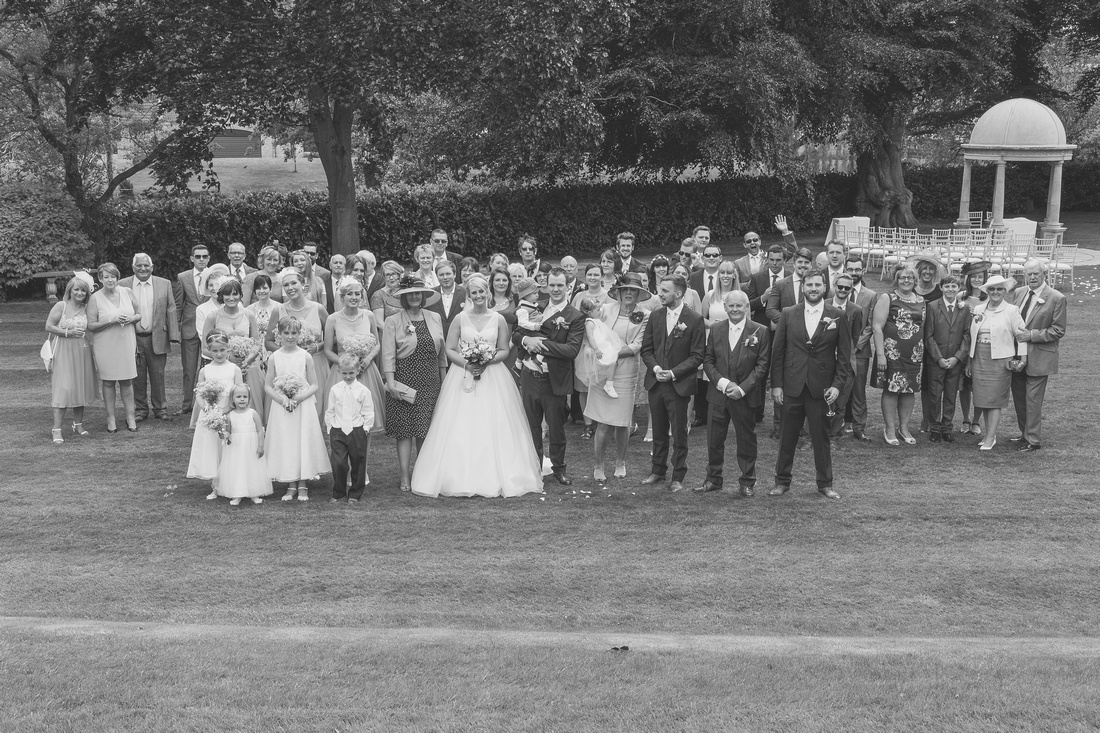 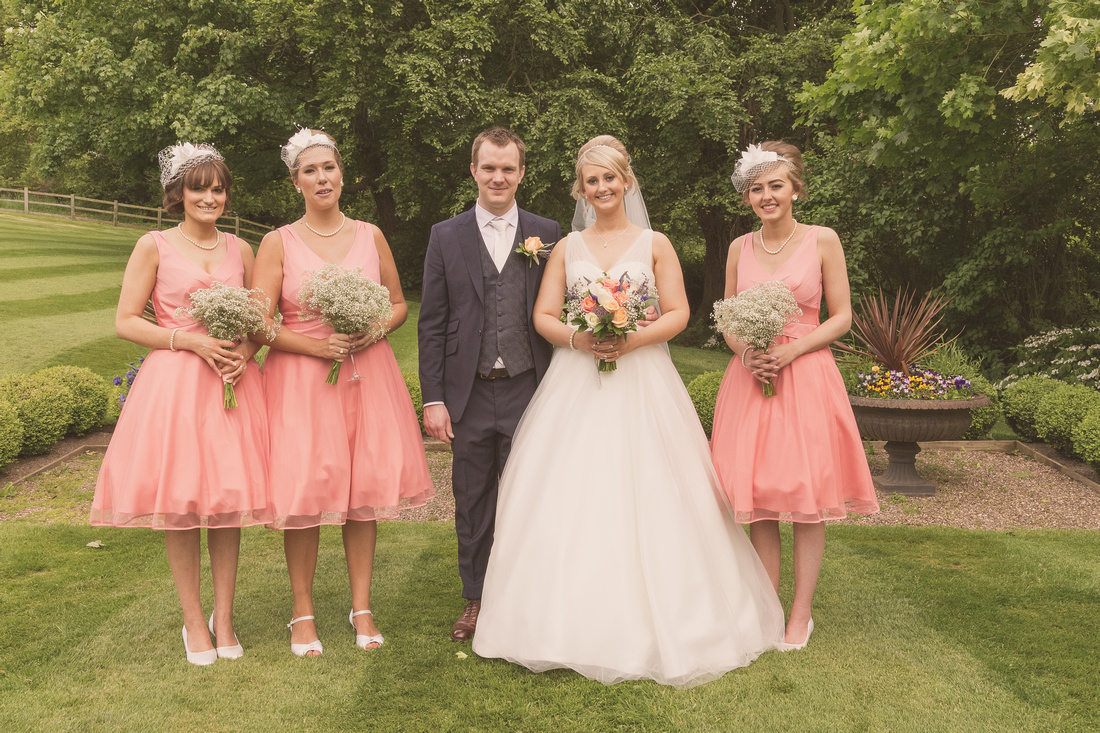 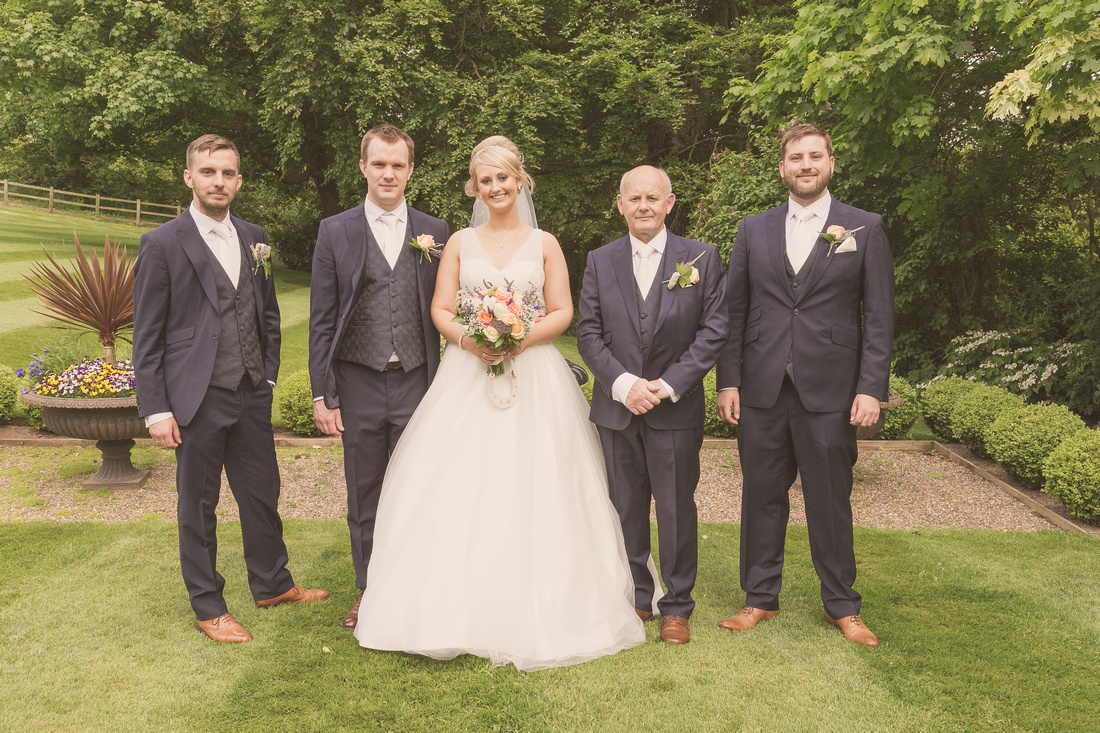 The bride, groom and groomsmenJess, Phil and the groomsmen. 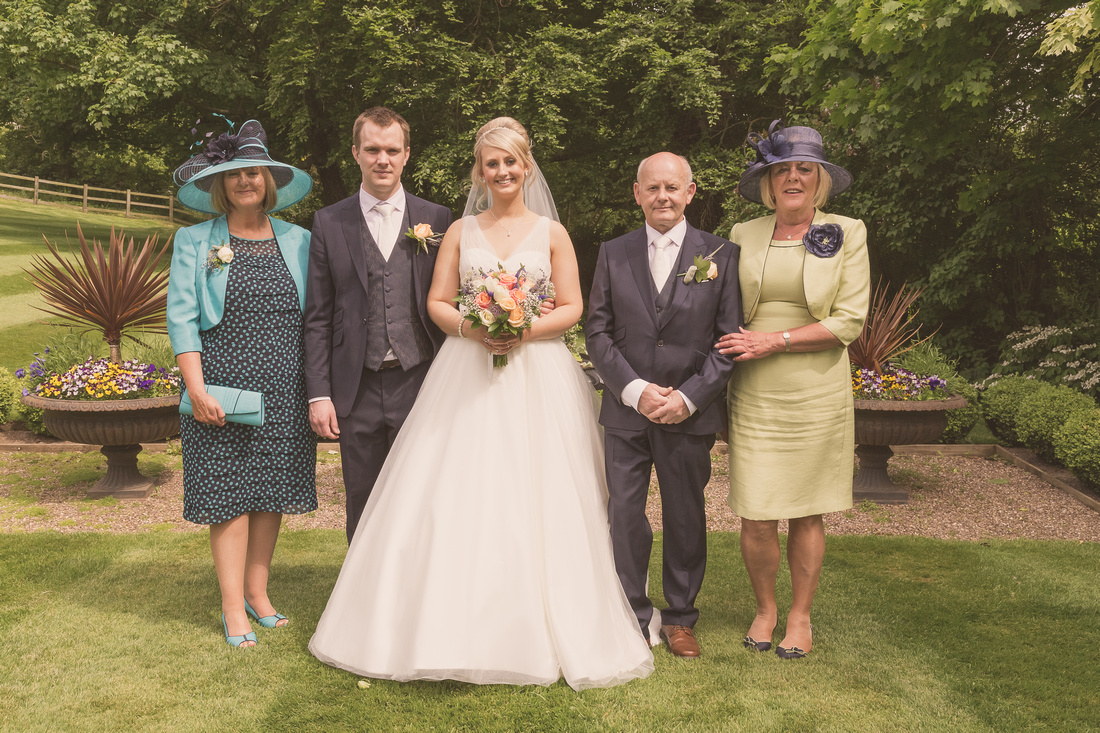 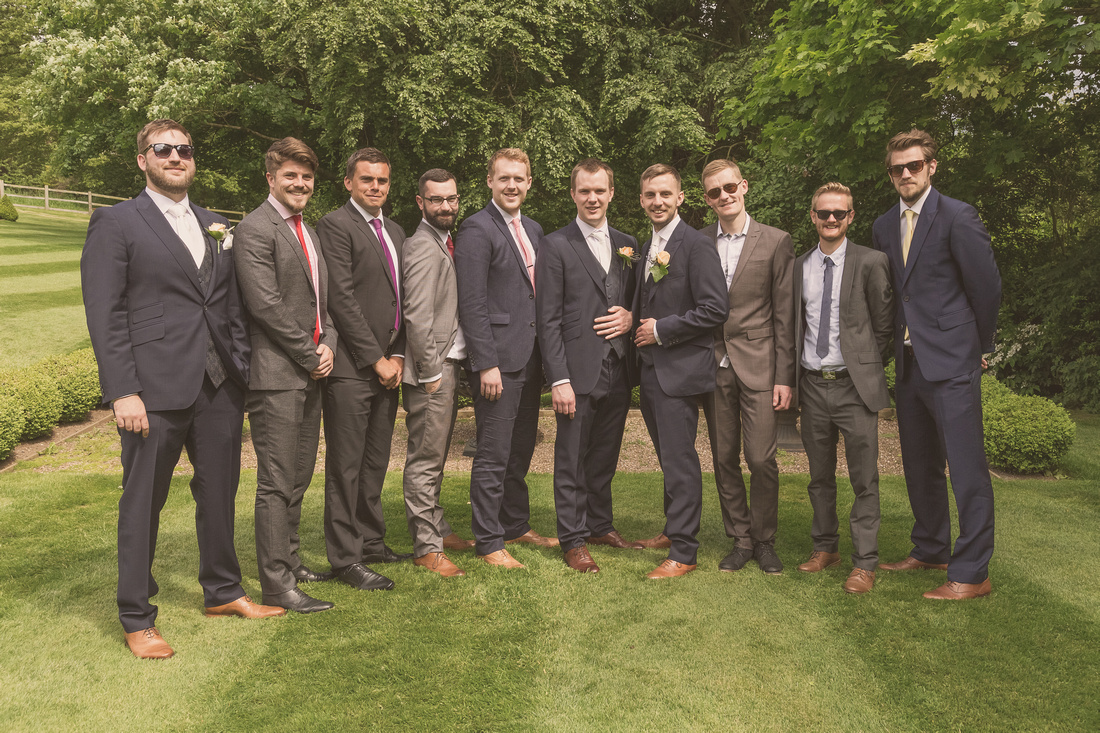 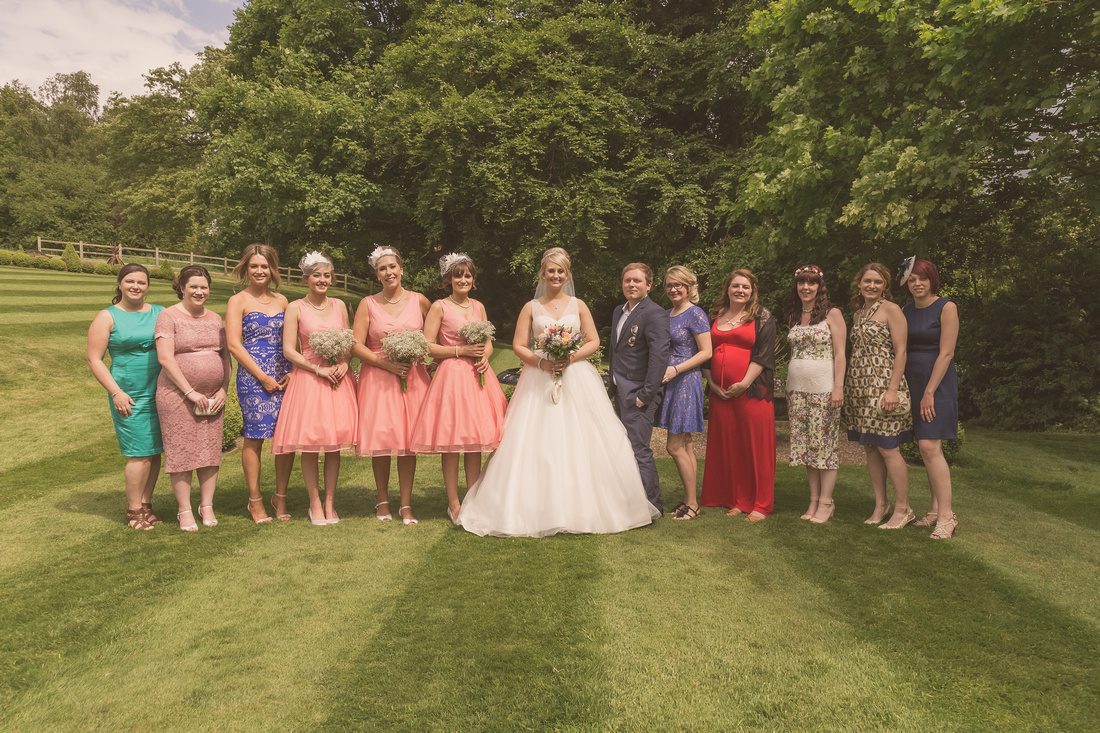 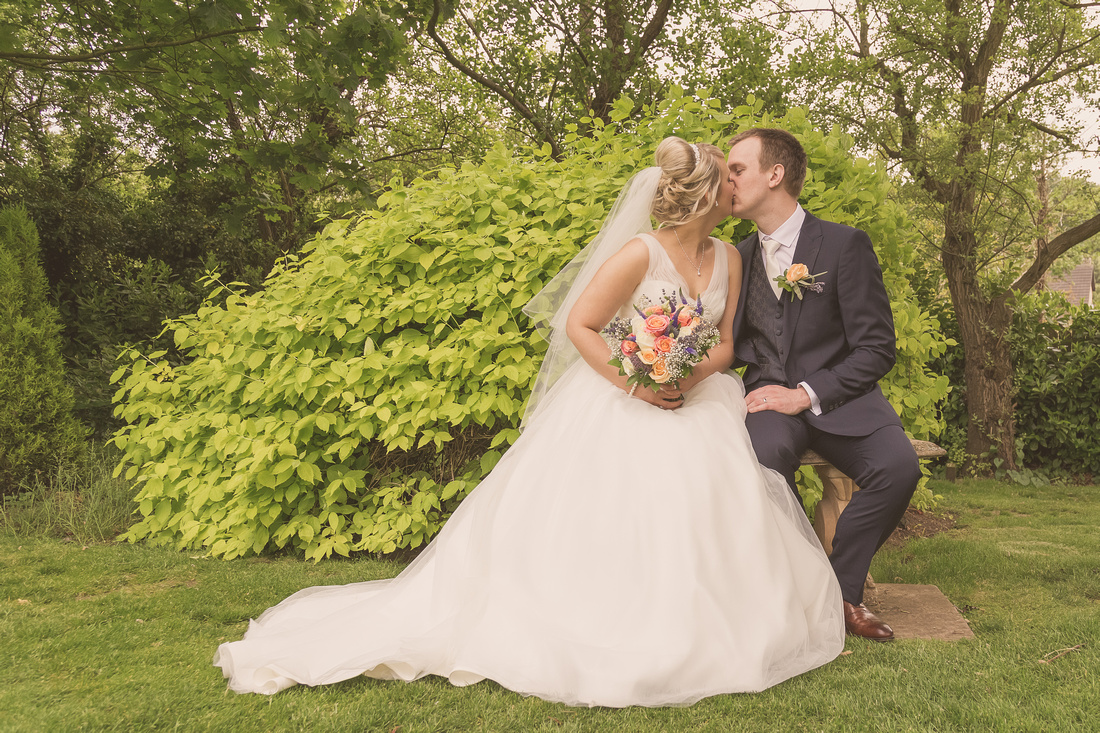 The happy coupleJess and Phil, husband and wife. 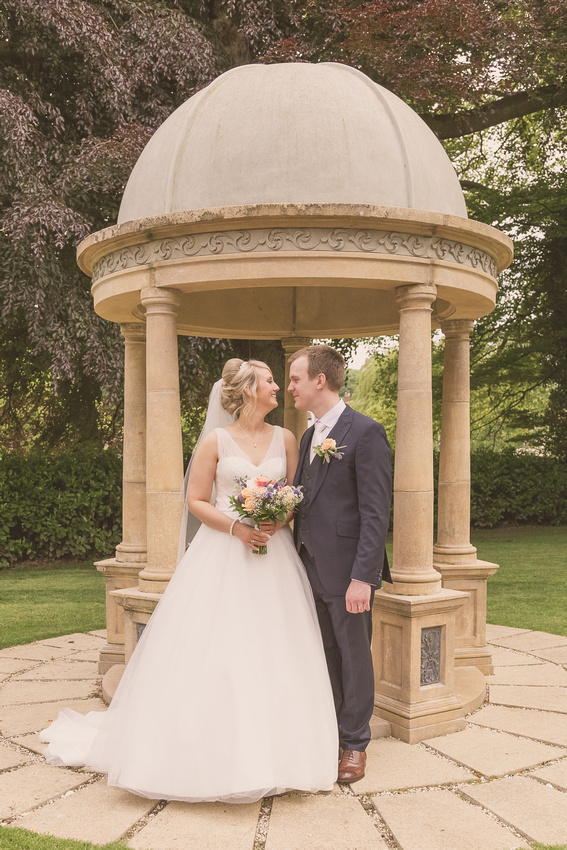 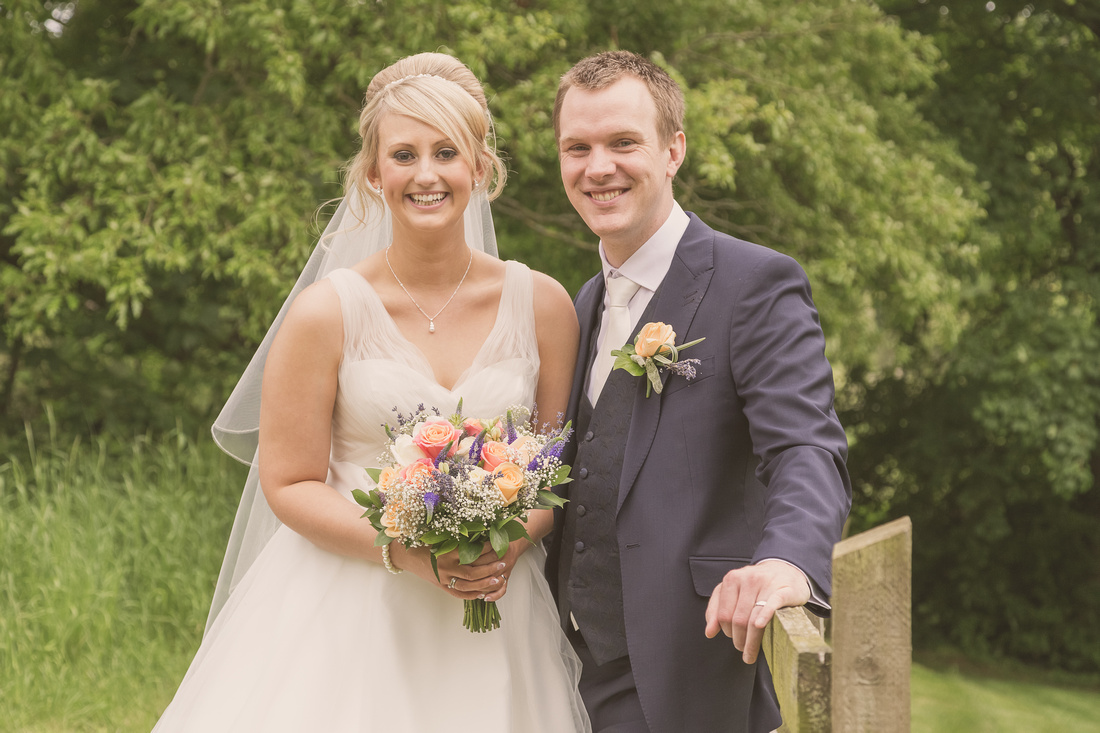 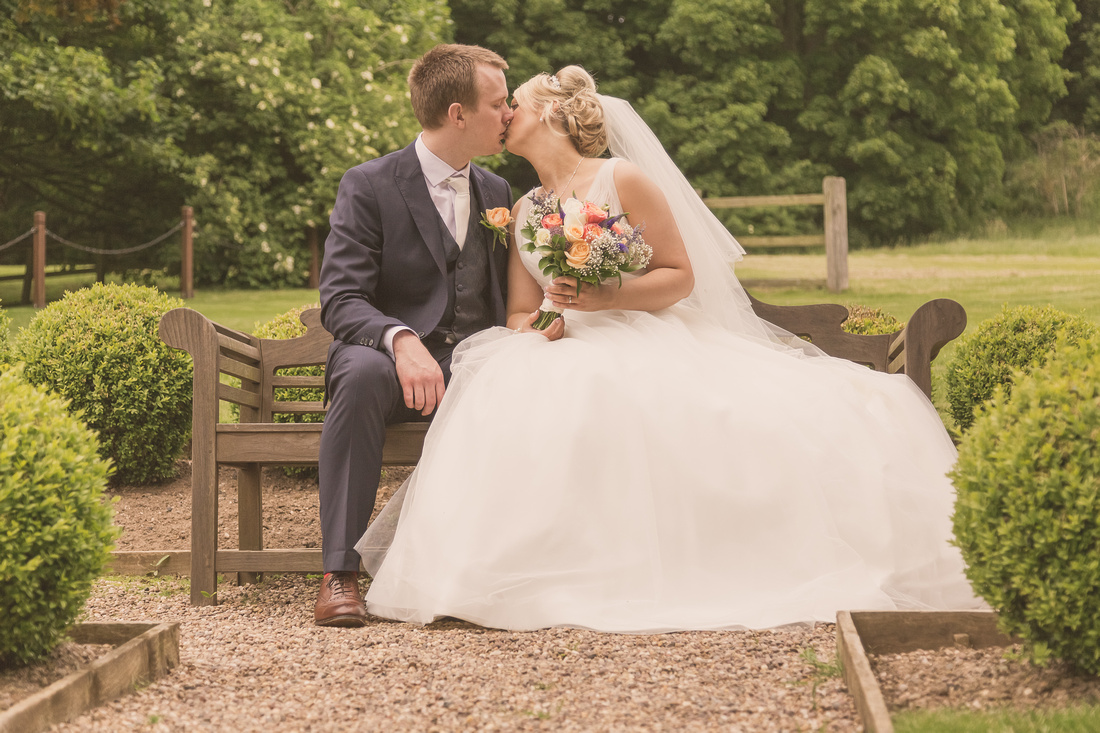 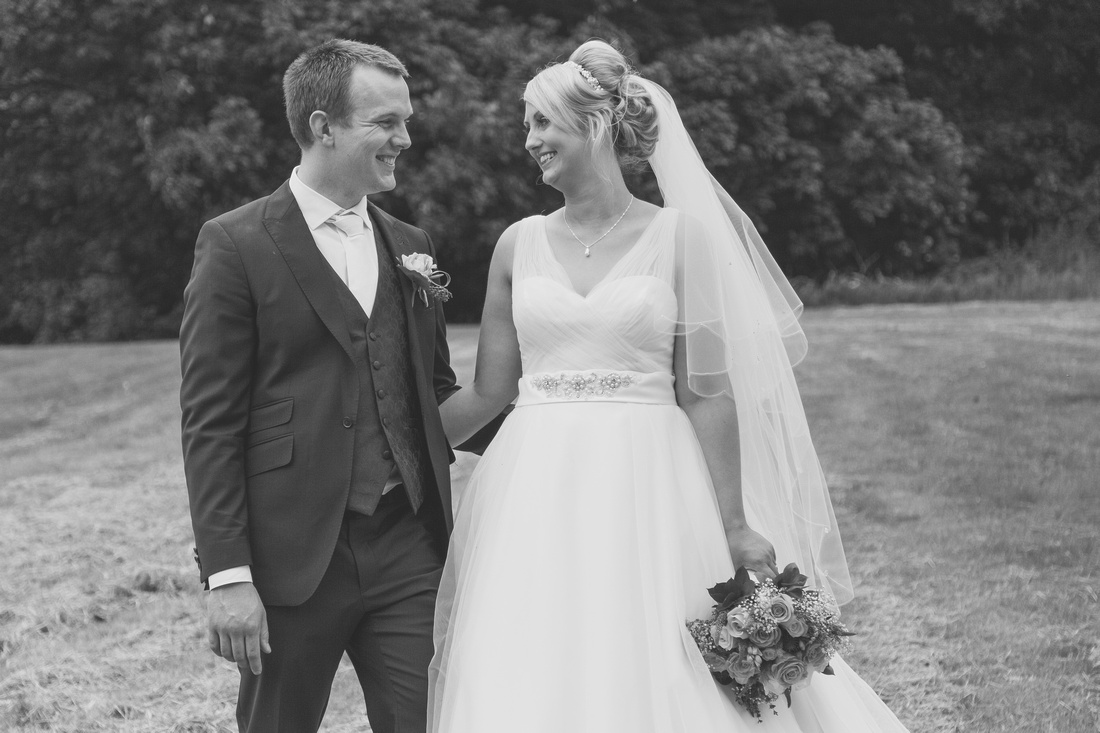 We then headed instead, where Jess, Phil and their guests enjoyed the wedding breakfast and I took the opportunity to use the bathroom and rehydrate! There's not much time for either of these when shooting a wedding, as you just can't take the chance of missing any spontaneous events! Speeches were then given by Jess' dad Martin, Phil and of course the best man John (who is Phil's brother), before Jess and Phil cut the cake. At this point, I left them to party into the night with their band The Cover Up. 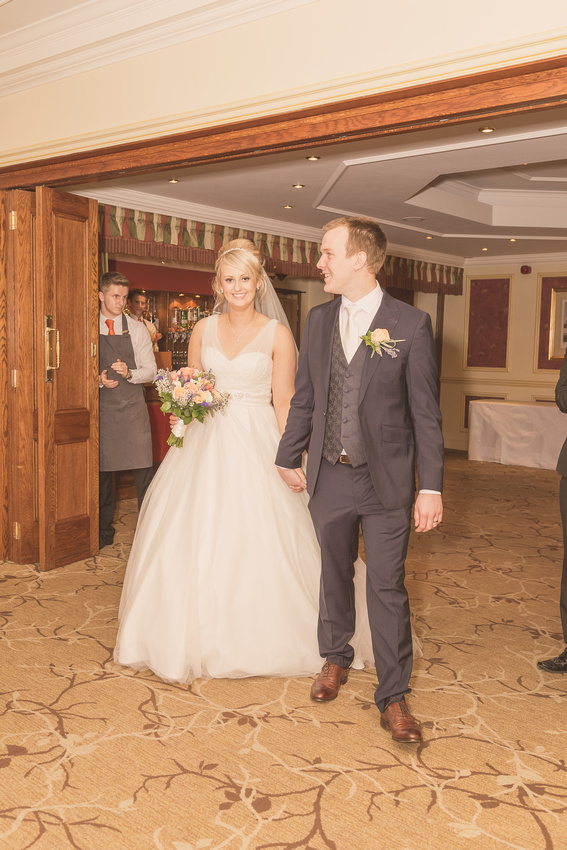 The Bride and GroomJess and Phil heading in for their wedding breakfast. 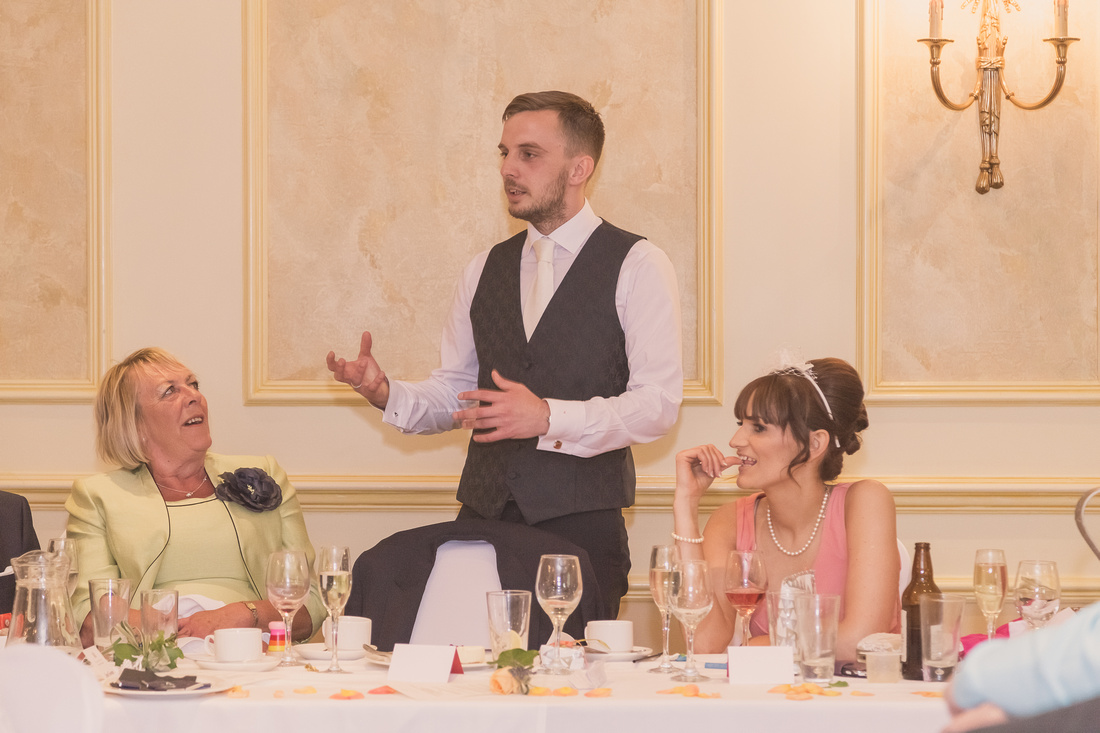 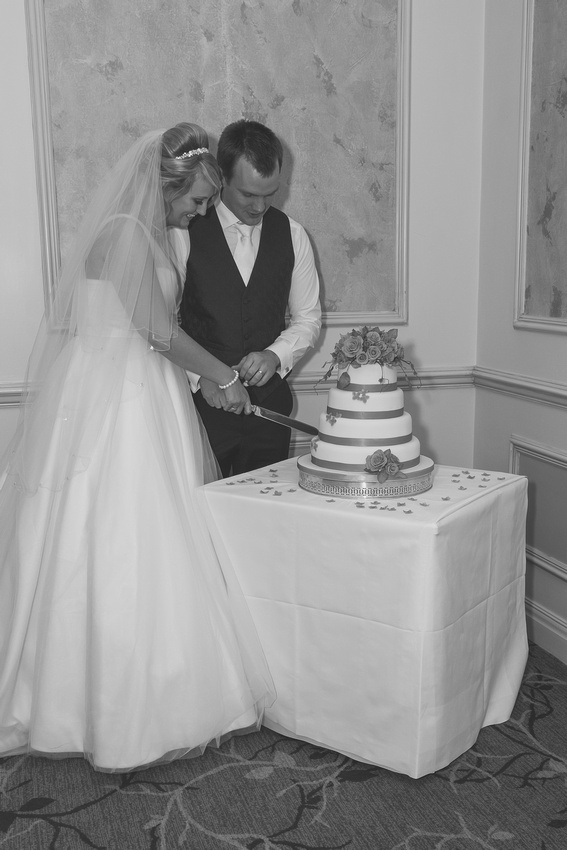 Cutting the cakeJess and Phil cutting their cake.